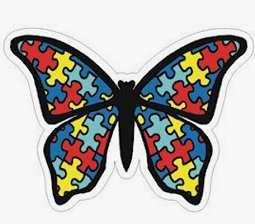 We had to make changes and adjustments considering the screen time she’s getting because of Remote Learning. One of her medication is to help her focus but it’s also a stimulant. She is thriving in the Remote Learning format though because she doesn’t have to deal with sensory overload caused by noisy classrooms/hallway movements, too many people around, and from moving from one room to another. She made it to Honor Roll in the 1st and 2nd quarter of 7th grade. But, screen time is also a stimulant.

There was a point where she was so angry at something she threw a remote at her TV and broke it. As a consequence she didn’t get a new TV for a month. She understood the severity of her action on this instance but other times she was argumentative no matter how we implement consequences. She knows but she couldn’t control when words come flying out of her mouth. So much tears from her and from me because it hurts me so much when I’ve lost my patience and temper. We should be more patient but it is easier said that done. I’m not going to be a hypocrite and say we’ve been calm and only said reassuring words because that would be a complete and utter bullshit. I have lost it, plenty. I have hated myself so hard because of it. My mental health have been tested from left to right, upside down, and sideways. I’d think about than then I’d feel guiltier because I’d imagine how my daughter must be feeling in her head, most importantly.

We had to do something.

First and Foremost, change and adjust medication. The other medication she was taking was just making her angrier, agitated, and has given her anxiety to the hilt. We tried a different one but it took about 3 weeks for it to show improvement. We also lowered the dosage of the medication that helps her focus. When things improved it was a major switch. Like, WTF, did that just happen? Can we finally calm the heck down?

Create A Safe Spot
A safe spot for her anger. 99% of what she’s angry about doesn’t make sense. Stuff that happened in Grade school and Elementary which frankly are not that important. Instead of going back and forth about her anger, I gave her a safe space in her room when she feels angry. She sits in a chair for however long she needs, scream as loud as she can to a pillow(not towards the window because we don’t want the neighbors to call the cops, 😧😨) and write the things she’s angry about into a journal. No one will read it but her. No judgement spot where she can get angry about anything, write them down, and they’d stay in that spot. Once she leaves that spot nothing about what she was angry about is spoken.

She was hesitant at first. She refused to sit in the spot but she did it with some kind of resolve while arguing with me about not wanting to be in it. It’s hard to explain. After the new medication has kicked in she hasn’t been in her safe spot. She’s still angsty but not as terrible as it was before. It’s manageable and it doesn’t last as long as it used to be as well. Thankfully, she’s been able to curb her moods and behavior.

Limit Screen Time
She can check her daily rewards from a game app in the morning while she eats breakfast then it’s off. Only use it for calculator during Math. No iPad or Switch Lite breaks while waiting for classes. Sew or Draw instead. She can get it back after school to play for 1 hour and a half. She can watch a movie or read a book before feeding and walking the dog, then dinner time. She gets the iPad or Switch Lite back after dinner until 7pm. By that time, no more devices.

At 7:30pm we play a board game. This is our nightly routine. Consistency is the key. By the time we’re done playing it’s time to take medication and wind down. We let her watch a movie or a TV show she likes.

Sugar And Snacks: How Much and What Time
This is tricky because she loves to bake. Baking is actually one of the things that calm her down. Of course, baking and eating the goodies go hand in hand. However, we’ve noticed how she goes full on combative when we don’t limit her sweets. Damn cereal in the morning certainly have been a challenge. We’ve explained to her how she’s limited to sweets because it affects her system somehow. We’re not completely cutting sweets off. That would just be so cruel. She’s not allergic or anything. She just goes hyper overload with a touch of angst, is how I could explain it. So, limited sweets and she understands it. And, it is imperative that no sweets or snacks are consumed after 8pm. That’s one hour before her bedtime which is 9pm. We’ve learned that 9pm is her threshold. If she goes to bed earlier than that she’d be awake at 3 or 4am. 😰😀

PRAISES
We talk to her a lot about accountability, being responsible for her own actions, and accepting consequences. We let her know how good she did and most definitely give her praises she deserves. It’s a balancing act. It’s not always about teaching them what to do and saying NO. Gotta let them know and acknowledge when they’re doing good as well. A lot of “i love yous” and hugs, and reassurance that we may have had a bad day today but tomorrow we can start over and try to be better. And I mean WE, child and parents!

All of these changes and adjustments have worked and shown improvement. I’m not saying she doesn’t get angry or anxious anymore because she still does but it’s manageable, way less screaming and arguments. She’s calmer and more mature about following rules. I don’t know if anyone could relate or benefit from our experience. I hope it does. I don’t have all the answers but this is where we’re at. Hang in there and if you need someone to talk to, e-mail me(dexie76@gmail.com) or send me a DM on any of my social media accounts. I hear you, I get you, I understand you. HUGS! 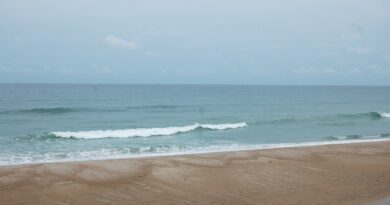 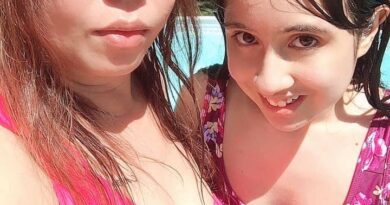 The Pool Is Finally OPEN! 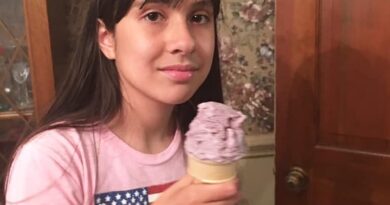 An oldie but always a goodie, that is the Baked Beef Macaroni. The process is similar to making Baked Spaghetti(I

Crown Artist Management Jasmine Curtis dubbed as “Indie Queen” on their announcement of her joining the new talent management. Jasmine

Go ahead, have a plate or 2 of Baked Beef Macaroni

Who has his own couch? Chase does 🐕 #labsofinst

Last week — SWIPE to this week and next week ☔