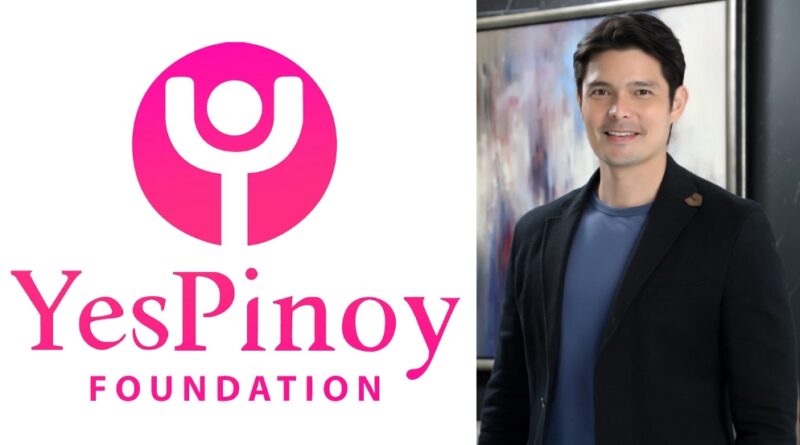 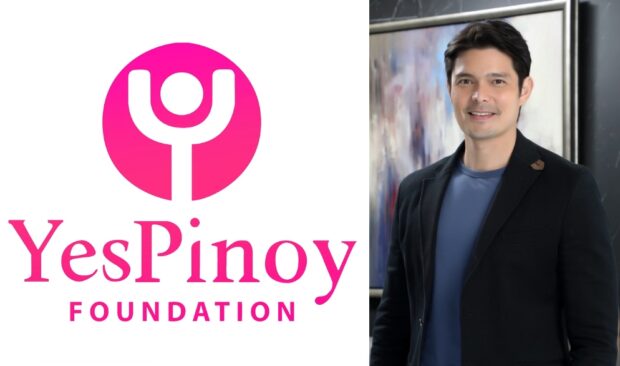 Dingdong Dantes‘ NGO YESPinoy Foundation officially announced their endorsement for VP Leni Robredo in her presidential run for the Philippines. In a statement on Facebook, YPF states that since 2009 the foundations “has strongly advocated for responsible citizen participation and volunteerism. Partnerships and collaboration allowed us to empower more than 4 million Filipinos, and help families of daily minimum wage earners and frontliners.”

Furthermore, the leader they have chosen to support have done plenty and will do so much more through honest ways without any trace of corruption in leadership. They’ve chosen someone they’ve worked with in programs that advocate for youth, mobilization in time of calamity, during COVID-19, and movements for climate and disaster. YesPinoy Foundation‘s has chosen a leader who has shown hard work, courage, intelligence, and the will for volunteerism and deep love for the nation. That’s none other than VP Leni Robredo. 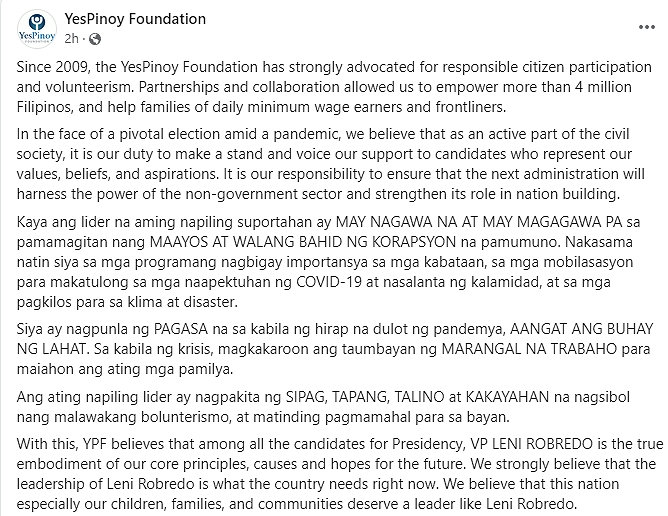 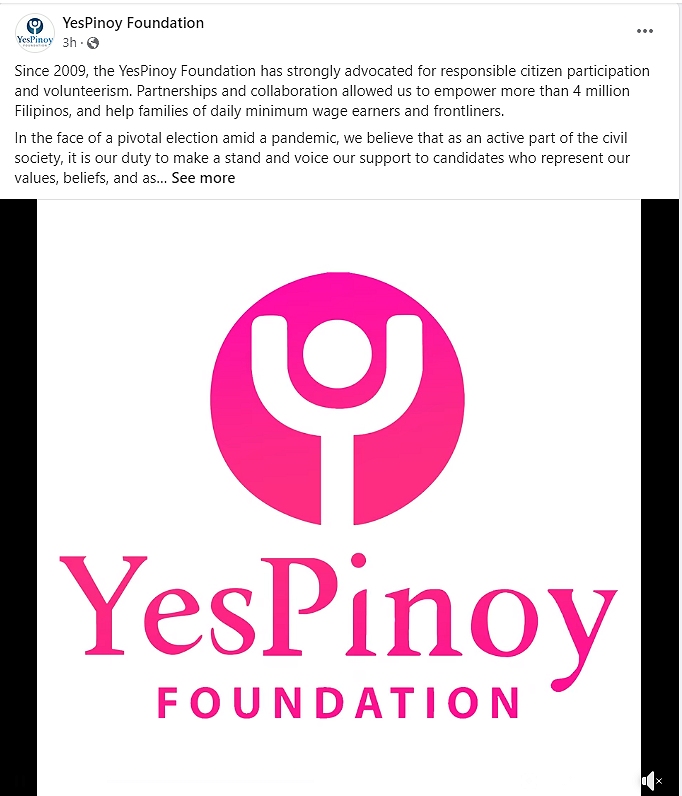 FYI, YPF Chairman Dingdong Dantes and Board of Trustee member Marian Rivera endorsed Leni Robredo back in 2016 election in her bid for the VP seat in which the couple attended the inauguration for. 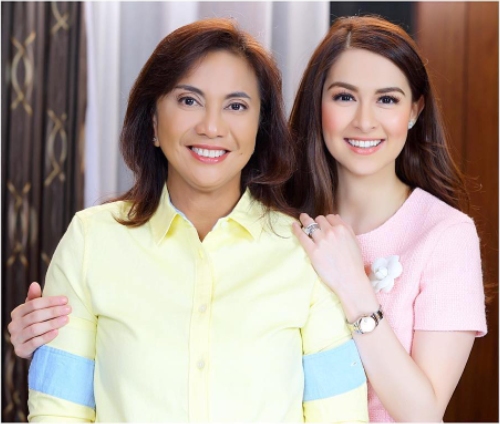 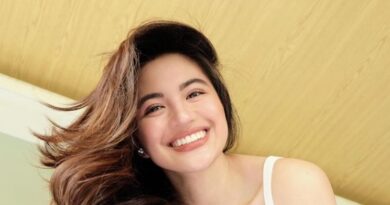 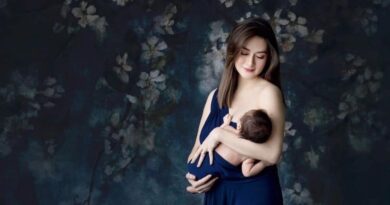 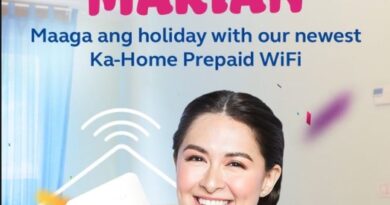