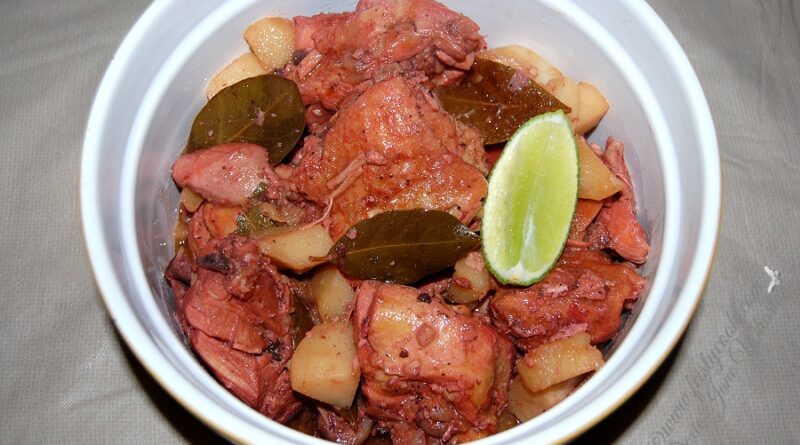 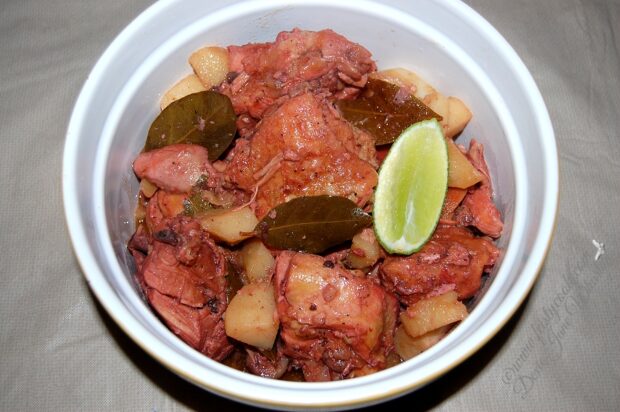 When I made this chicken adobo I wasn’t at all experimenting to come up with another way to present adobo. It was purely accidental how this pink adobo version happened. 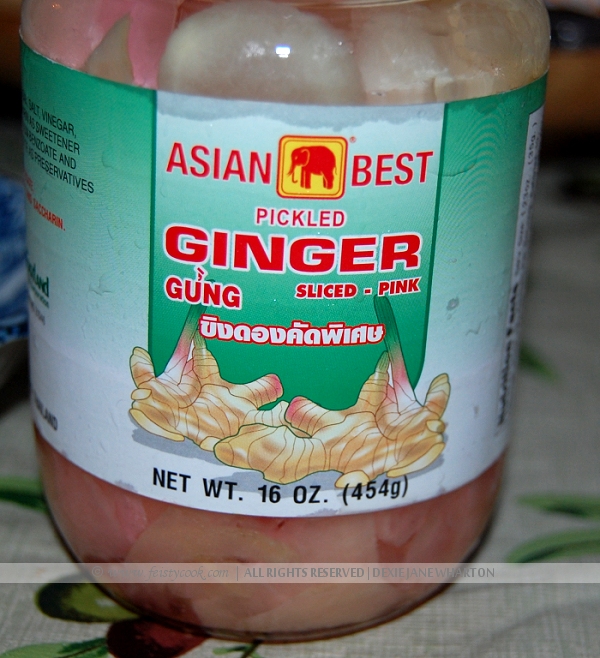 While assembling the ingredients for the chicken adobo a couple of days ago I realized too late that I ran out of fresh ginger. I was just going to forget about it and continue on but then I remember the jar of pickled ginger sitting in the fridge.

I serve pickled ginger on the side with sushi. Sometimes I’ll chop some up for a stir-fry. I added it in adobo and it gave the dish a pink color. I thought it was totally cool and bloggable so here it is. 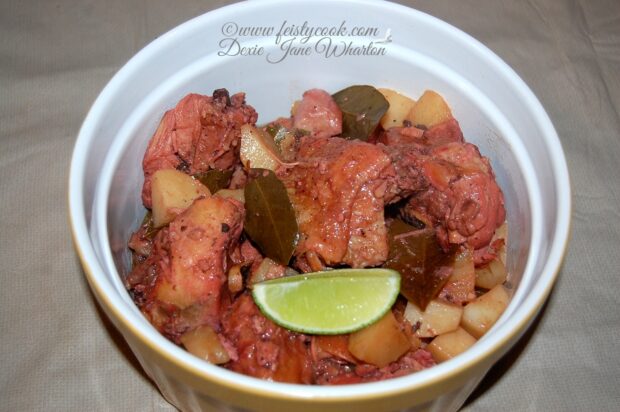 Some people like their adobo on the saucy side but I prefer mine thickened and reduced. 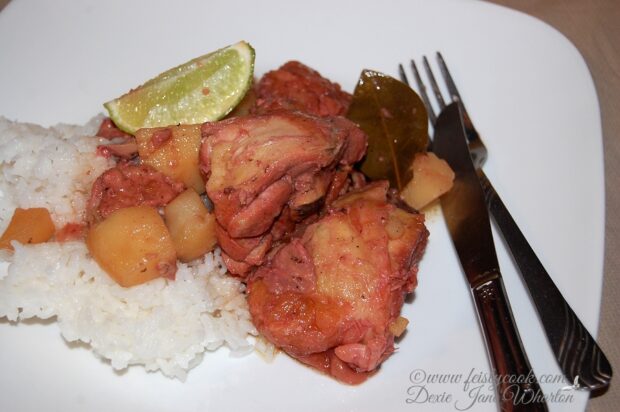 Serve with rice. Discard the bay leaves. The pickled ginger added a sweet flavor in the adobo which went deliciously with the saltiness of soy sauce and sourness of vinegar. Was it good? You betcha! 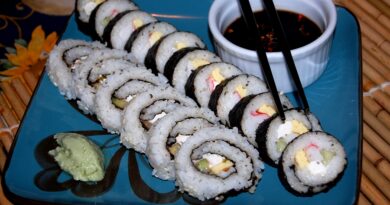 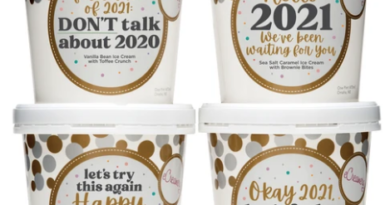 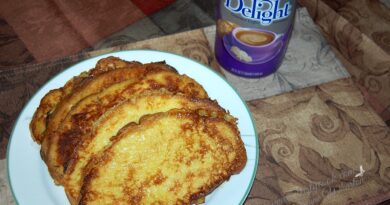